Now that we have launched the Policy Inheritance (PI) feature, we have deprecated the RMM Package feature. Although these recurring invoices will still be visible, they will cease to function. We emailed all affected users about this who have at least one recurring invoice with an "RMM Package" line item type present.

In the old model, you could also create saved asset searches that showed all assets in a specific policy, then bill everyone who was under that policy. 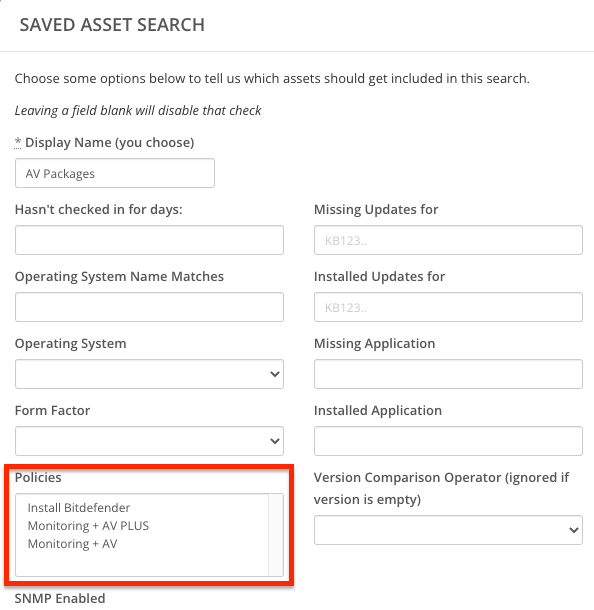 We deprecated that one-to-one model. These searches are read-only for 30 days after PI launches, allowing you to come up with an alternative billing method, such as one described below. After that 30 days, those saved asset searches, along with any recurring invoice line items that reference them, will be removed.

There are two ways to handle all this. One is billing by policy folder and is the preferred method, the other is billing using an asset counter with Saved Asset Search.

There is an updated method for recurring invoices which allows each invoice to bill against all assets in a specific policy folder. Suppose you have the customer setup like:

You could choose to bill everything under the Servers folder at $150 per server, for example, and then add a second line item counting everything in the Workstations folder for maybe $100 per workstation. 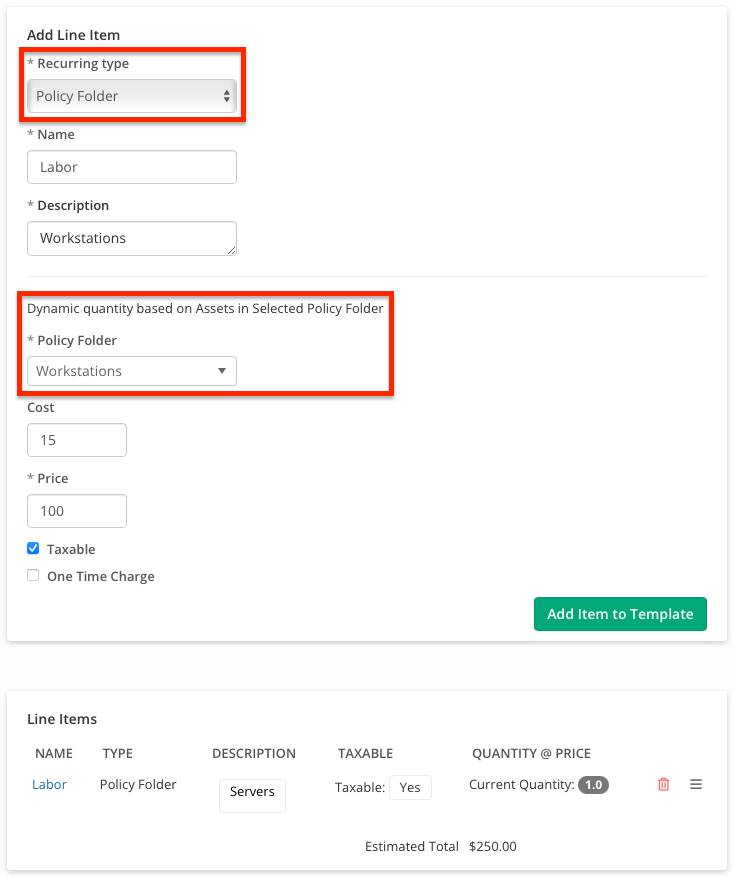 If you have mixed assets, such as some on policy A, some on policy B and some on C, you could flag the assets with a custom field and move those into a Saved Asset Search (assuming you have three packages in total this would work universally for all customers). In the example below, we added a custom Mixed checkbox to the Syncro Device asset type. 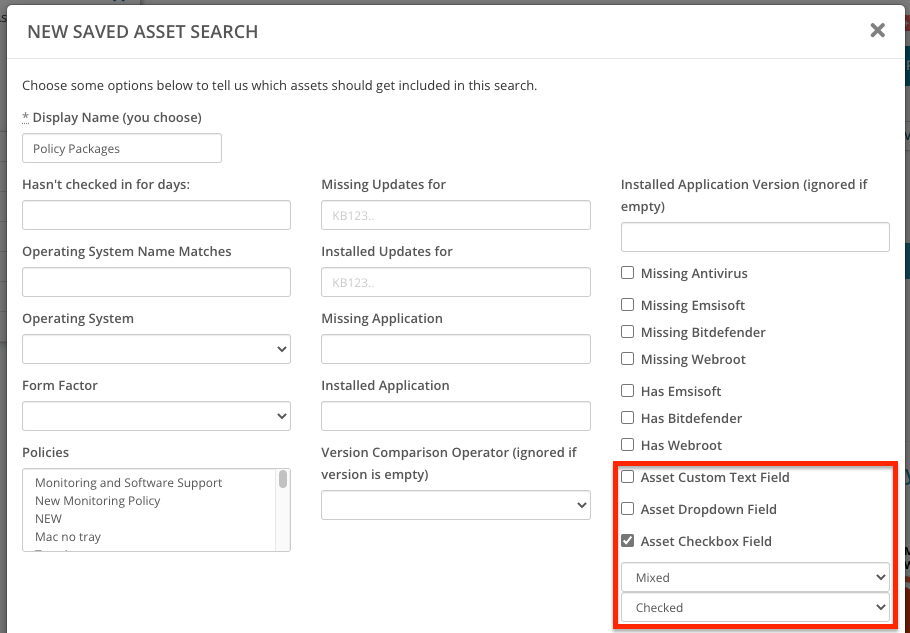 You would then bill on a recurring invoice using the Asset Counter Recurring type in conjunction with a Saved Asset Search. 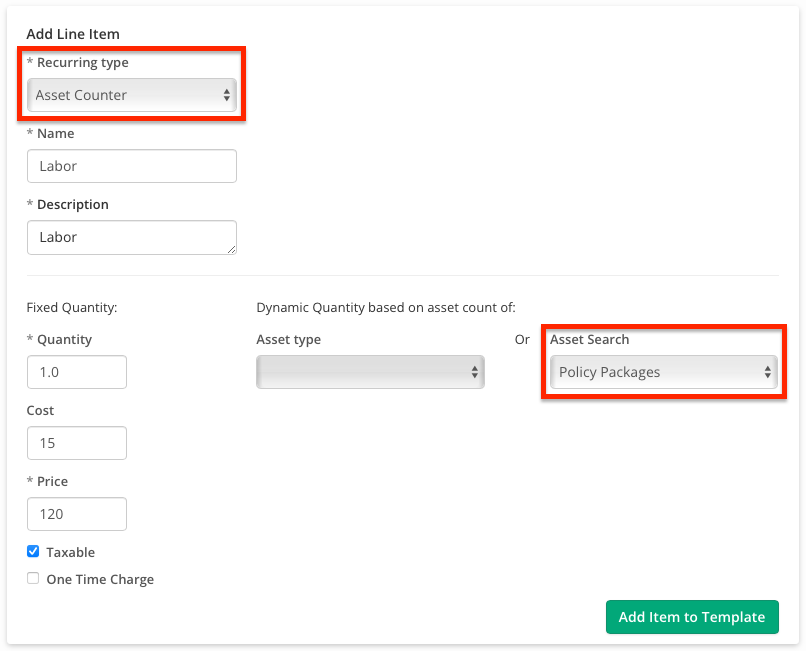 Just be sure you are not using a policy as your saved asset search, because that won't work in the future.