OS Release Version is not Updating

I run monthly reporting on endpoints and include the Windows feature level they’re running. Until recently I’ve been able to use the “OS Release Version” field however it appears to not go beyond 2009 on any asset. The “OS Build” field IS updating however this is much less user-friendly (it’s so much easier at-a-glance to know that 21H2 is current, compared with “build 19044.1586”).

Is this working as intended?

Hi Jordan, are these all Win10 systems? 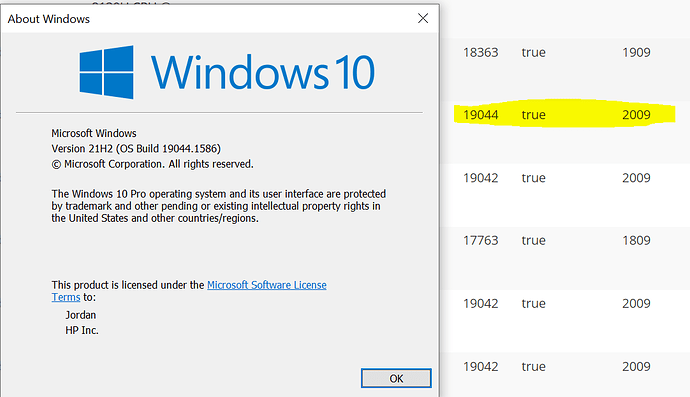 Unfortunately this is Microsoft’s own stupidity. It reports itself as 2009 for the last several builds. You’ll need to start going by the build number field instead.

Windows does have the right release version stored in a different registry location if Syncro wants to start check that instead, but it needs to be an ‘if’ statement as that key ISN’T present in older versions as I recall. Code from my Windows Update check script:

Issac has it right, they are storing it in a different location now. We’ve got a dev case tracking that to see if we can make an adjustment. I’ll get you linked up!

Where are we at on fixing this issue? You said a dev case was open. What is the status on getting this field to now pull from the new location?